When Side Show hit Broadway in 1998, I became fascinated with the career of lyricist Bill Russell. I had never heard of him before, but I discovered he somehow went from penning tiny, queer off-Broadway musicals like Elegies for Angels, Punks, and Raging Queens (music by Janet Hood) and Pageant (music by Albert Evans, lyrics written with Frank Kelly) to working with the composer of Dreamgirls. I wanted to know more, but at the time Elegies was only available as an import and Pageant had never been legally recorded. (An unauthorized album had been made in Australia, but I’ve never seen or heard it.)

Since then, Elegies was made available in the U.S. (and a second, American recording was produced in 2001), and although Pageant popped up at regional theaters all the time, a recording remained elusive. That has finally changed, thanks to an off-Broadway revival and John Yap of Jay Records. END_OF_DOCUMENT_TOKEN_TO_BE_REPLACED

BILL RUSSELL wrote the book and lyrics of Elegies for Angels, Punks and Raging Queens, which he also directed. He’s perhaps best known as the lyricist and bookwriter of Side Show, for which he was nominated for two Tony Awards. He is currently working on Everything’s Ducky and Kept, both with his Side Show collaborator Henry Krieger. His songs appear on the albums Duets, Unsuspecting Hearts, Broadway’s Biggest ’97-’98, Emily Skinner, Haines His Way, and of course, Elegies.

DL: Let’s talk about the show from the beginning. I know you’ve told the story about how you came upon the idea of a Spoon River Anthology about AIDS – what was it about seeing the AIDS Quilt that connected the idea to Spoon River to give birth to Elegies?

BR: I was at the initial unveiling of the quilt in October of 1987, and I was looking for something to do in that free-verse style. I had written poetry in that style for years and years, and shortly after seeing the quilt, I had the idea that I could possibly do a “Spoon River of AIDS.” I was very familiar with Spoon River – I had studied it in high school; I had appeared in it in college; I had directed it also at a summer theatre. All of that came together, and it started out really as an exercise. I just thought I would go where it takes me. I wrote monologues about friends I knew who had either died or who were sick at the time. It went well, and I quickly decided there were theatrical possibilities. I called Janet and asked her if she’d like to write some songs to accompany the monologues, in the way that when Spoon River was adapted for the stage, Charles Aidman incorporated classic American folk songs along with the poems. Using that as a model, that’s what we did.
END_OF_DOCUMENT_TOKEN_TO_BE_REPLACED

About Me, Fynsworth Alley, Music, Theater

I’m sure that many of the people involved in last night’s benefit performance of Elegies for Angels, Punks, and Raging Queens looked on the event as a once-in-a-lifetime experience. Not me. I hope this is but the first of many future projects that I’ll be able to take part in that bring together so many talents for the purpose of making a statement about the values of our community, and to benefit those in need of some extra help. Clearly, this was not your run-of-the-mill benefit performance. I’m willing to bet that almost everyone involved in the show has been touched in some way by the AIDS epidemic, but the real point of coalescence for me was that our performance not only raised money for AIDS-related care, but the content of the performance itself paid tribute to those who have gone, those who survive, and those who support. Powerful stuff. During the dress rehearsal, when I heard most of the monologues for the first time, I was brought to tears countless times… the elderly lady who contracted HIV through a transfusion and learns to overcome her own prejudice to die with grace alongside a drag queen… the couple whose families are incredibly supportive until the first partner dies… the street punk drug user who finds an unlikely friend in a gay social worker… and on and on. The songs have never sounded better, surely, but I hope the final album product will be able to convey at least a taste of the scope of this work – gay, straight, bisexual, nonsexual, black, white, Latino, old, young, and unborn AIDS deaths.  END_OF_DOCUMENT_TOKEN_TO_BE_REPLACED 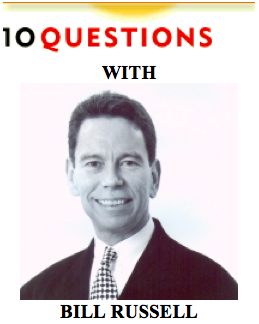 Most people know you from Side Show, but before that, you had an Off-Broadway hit with PAGEANT…..how did that show develop and where did the idea come from?

Pageant has a long, involved history… In the mid-eighties a bunch of guys I knew were on tour with 42nd Street and had been for a while. They were in Boston and decided to do a drag pageant for the rest of the company. They were staying at the Bradford Hotel, so they called it the “Miss Bradford Pageant” and threw it together. Since they were all gypsies, they did some production numbers, one being “I Enjoy Being a Girl.” Bobby Longbottom was one of that group, and he called me to say he thought the idea had the makings of an off-Broadway show. I was dubious — I’d never been a big drag aficionado and thought beauty pageants had been satirized to death, but then I received a video of the “Miss Bradford Pageant” and couldn’t stop laughing. Also, because the cast was Broadway gypsies, the talent on display was considerably better than in real pageants. At the time I was collaborating on a revue called The Texas Chainsaw Musical with Frank Kelly and Albert Evans and got them interested in Pageant. We did a showcase production in 1986, which was very successful and extended, but it took until 1991 for a producer to take it to off-Broadway. Last year I directed the European premiere at the King’s Head Theatre in London (a fringe theatre), and that production transferred to the West End. I’m happy to report we just received two Olivier Award Nominations. I’m about to direct the show in Chicago. Luckily, pageants are so retro anyway that the show hasn’t dated…  END_OF_DOCUMENT_TOKEN_TO_BE_REPLACED