Jewschool: Handle With Care: A Jewish Play Born From An Interfaith Marriage 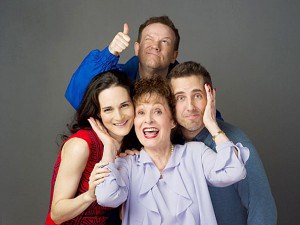 When I first skimmed the press release for Handle With Care, a play currently running off-Broadway in the theater that used to house Old Jews Telling Jokes, I thought I had the whole thing figured out in advance: a non-Jewish playwright married an Israeli actress and wrote a show for her. Simple, I thought. It must be a comedy exploring the hilarity of intermarriage, like an Abie’s Irish Rose for the Pew Report generation. I couldn’t have been more wrong. For although playwright Jason Odell Williams has written a play about love bridging disparate lives, it’s about a burgeoning love affair between an Israeli Jew and an American Jew, finding each other in the most unlikely of circumstances: their “meet cute” occurs when a delivery man loses the box containing the remains of Ayelet’s recently deceased grandmother, which he was supposed to be bringing to the airport for return to Israel. Josh, Ayelet’s love interest, is the delivery man’s only Jewish friend, so naturally he gets the call to help translate the situation to the distressed Israeli who speaks very little English.

The result is a charming romantic comedy that would be right at home on JCC stages anywhere in the country. That the play was written by someone who’s not himself Jewish (although he is part of a Jewish family) is surprising, so I was glad to have the opportunity to speak with both Williams and his wife (and star of the show) Charlotte Cohn about that play, their marriage, and working with one’s spouse. END_OF_DOCUMENT_TOKEN_TO_BE_REPLACED

Eddie Shapiro is best known for bringing out the gaiety at the Happiest Place on Earth as the co-author of Queens in the Kingdom: The Ultimate Gay and Lesbian Guide to the Disney Theme Parks and the producer of Gay Days at Disneyland. His latest book, Nothing Like A Dame, focuses on a different kind of royalty: twenty-one of Broadway’s leading ladies, every one of them a Tony Award winner, encompassing over sixty years of Broadway history, from Carol Channing, whose debut was in Let’s Face It in 1941, to those opening in shows this season like Idina Menzel and Sutton Foster. (Twenty interviews appear in the book proper. A bonus chapter about Tonya Pinkins is available as a download from the book’s website.)

Subtitled “Conversations with the Great Women of Musical Theater,” Shapiro’s book delivers exactly what the title promises: interviews with (mostly) above-the-title stars, presented as straightforward Q&As. While there are only a couple of notable omissions (Bernadette Peters being the most obvious), the book makes no attempt to be encyclopedic. In fact, in his introduction, Shapiro acknowledges that many of these women have written their own memoirs (or, in the case of Elaine Stritch and Chita Rivera, performed in autobiographical Broadway shows) and, rather than attempt to retell the same stories, he hoped to complement and expand upon what they’ve already offered about themselves. Given that approach, this book might not be the most accessible to casual theatergoers. If shows like Call Me Madam and Kiss of the Spider Woman or names like Graciela Daniele and Gwen Verdon send you running to Google, you may find the reading experience challenging. END_OF_DOCUMENT_TOKEN_TO_BE_REPLACED 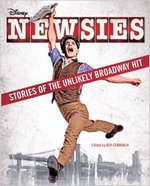 There’s an entire genre of books detailing the “making of” Broadway musicals from idea to opening night, and it’s not hard to understand why. Few musicals spring forth fully formed from the minds of their creators, no matter how perfect the final product. The collaborative nature of theater, and musical theater in particular, ensures that the birthing process involves disparate artists hoping to merge their individual visions into one production, and their individual personalities into a team. When the unified vision, or the team, fails to coalesce, you may end up with a Spider-Man: Turn Off the Dark situation, where the creative differences and the backstabbing combined to make a narrative more interesting than the show itself. But as Newsies: Stories of the Unlikely Broadway Hit demonstrates, even a relatively smooth creative process can make for a good read. Taking the form of an oral history, including diverse voices from the property’s history brought together by editor (and Newsies dramaturg) Ken Cerniglia, this new addition to the genre makes an entertaining and informative read, whether you’re a “Fansie” or not.

If the word “Fansie”—that’s what Newsies fandom has dubbed itself—causes you to make involuntary gagging noises, don’t worry. Although this book might look at first glance like an elaborate souvenir program pandering to teenage girls, the “Fansie” content is limited to a few interstitial pages of fan-submitted photos and quotes about how the film or the show affected their lives. Well, that’s only half true, for one of the biggest revelations of the book is how many members of the team that brought Newsies to Broadway, from management to designers to (especially) the dancers, were inspired by the original film to pursue careers in the arts. END_OF_DOCUMENT_TOKEN_TO_BE_REPLACED

The Craptacular: Remedial Queens: Little Me

Originally published on The Craptacular. 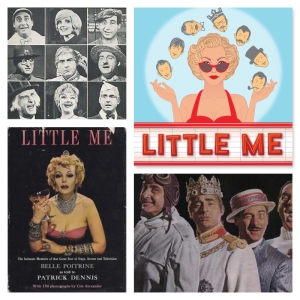 This week, Encores! kicks off its 21st season with Little Me, a jazzy musical comedy — emphasis on comedy — which features a hysterical book by Neil Simon specifically crafted around the talents of original star Sid Caesar, who played seven different roles in the show. Christian Borle steps into all of those roles for the Encores! production, but before the curtain goes up at City Center, let’s take a look back at the history of this show.

If you’re the kind of person who likes to impress/bore your friends/enemies at parties/piano bars with Broadway trivia, Little Me is right up your alley. Based on a book by Patrick Dennis — who you might remember as both a character in Mame and the author of, Auntie Mame: An Irreverent Escapade, the novel it’s based on – Little Me: The Intimate Memoirs of that Great Star of Stage, Screen, and Television Belle Poitrine as told to Patrick Dennis. (Does that make Little Me an unofficial sequel to Mame?) The novel, a satire on the self-indulgent celebrity autobiography that has never gone out of style, was built around a series of humorous photographs taken by Cris Alexander. You might remember Alexander as Chip in the original production of On The Town, or for his roles in the original stage and film casts of Auntie Mame. END_OF_DOCUMENT_TOKEN_TO_BE_REPLACED