Few scores have been recorded as many times in as many different interpretations as Jesus Christ Superstar. Perhaps owing to its origins first as a concept album, then as a concert tour, and then as a world-wide stage musical phenomenon (with each country’s production independently envisioned by its own production team) and film (created simultaneously with and distinct from the stage version), this score has never had a standard mold into which subsequent renditions must fit. Further, the recent NBC “television event” is at least the fifth English-language video production of the material, so there was no pressure to preserve a “definitive” rendition. END_OF_DOCUMENT_TOKEN_TO_BE_REPLACED

Billboard: ‘Grease: Live!’ Freshens a Favorite With Mix of Old and New 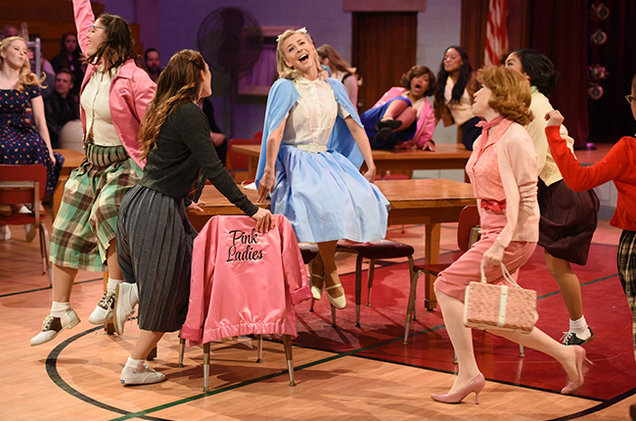 Fox made a bold step into the live television musical arena tonight with Grease: Live!, a technically ambitious production that upped the ante set by NBC’s recent shows by adding multiple soundstages, exterior shots, and a live audience.

Unlike NBC productions including The Wiz, Grease: Live! was based primarily on the 1978 film version of Grease, with story structure, sets, and even a significant portion of the script coming from Bronte Woodard’s screenplay (based on Allan Carr’s adaptation) rather than Jim Jacobs & Warren Casey’s script to the 1972 Broadway musical on which it was based.   END_OF_DOCUMENT_TOKEN_TO_BE_REPLACED