Medium: Blood, Sex, and Tears – The Queer Theater of Little Shop of Horrors

I found myself with an unexpected case of “the feels” last night at Little Shop of Horrors at Encores! Off-Center, so I sat down to word-vomit a bit on Tumblr to see if I could make some sense of the show. I received an enthusiastic response, so I thought I would clean my words up a bit and share them here.

Little Shop feels like a show I’ve known my entire life, but I know that’s not true, because I remember that my first encounter with the show, which like most people my age and younger, was an encounter with the movie. The film premiered in December of 1986, when I was almost nine years old. I loved monster movies but was scared of horror movies, so I think I skipped this one in the cinema until someone could assure me it wasn’t gory. I know my older brother had seen the stage production and loved it — although that might have been later. Memory is funny. I remember him telling me about the end, where vines from the plant descended from the rafters over the entire audience, and I was enrapt with the magic of theater, even though it was only theater of my imagination.

In all likelihood, I probably knew the movie’s soundtrack backwards and forwards before I saw the movie. This is true of so many musicals that were a little too adult for prepubescent me; I have vivid memories of trying to piece together the stories of A Chorus Line, Rocky Horror, and others just from their songs.

Even as a child, I knew “Somewhere That’s Green” was a showstopper. What I didn’t understand was the irony of the song. As a happy kid growing up in the suburbs, it totally made sense to me that Audrey would want a life that looked like mine. I understood that she admired the families from sitcoms, because who didn’t? And if I didn’t understand the humor of longing for a chain-link fence instead of picket, or how deeply sad it is for someone’s greatest wish to conform… I did understand the wish to conform.

For a gay kid who was maybe just starting to figure out the life-long implications of being gay, the life Audrey dreamed of seemed as inaccessible to me as it did to her. I didn’t believe she’d ever escape Skid Row to find someone with whom she could snuggle while watching Lucy, and I didn’t envision a future where I’d have someone either. I don’t remember what I envisioned my future looking like — I think it was a big, black hole. I knew it wouldn’t be Donna Reed, but in a world in which I had no gay role models, in real life or in pop culture, I just couldn’t see a future. I was a pretty happy kid, all things considered, but just writing that sentence I understand the horrific LGBT teen suicide rate.

Over the years, i had forgotten that particular resonance for that particular song. But tonight, sitting in City Center listening to Ellen Greene recreate her performance the week when marriage equality became the law of the land, it all came flooding back to me and my tears immediately followed suit.

The audience tonight welcomed Ellen Greene with the kind of screams I can’t remember ever hearing a stage performer receive. These were Beyonce-level applause, stop-the-show-because-we-need-to-give-the-diva-her-due applause, we-are-going-to-bestow-upon-her-the-adoration-that-we-have-been-waiting-our-entire-lives-to-deliver kind of applause. And I think that’s part of it: unlike a Patti LuPone or a Bernadette Peters, Ellen Greene is not regularly seen on the New York stage. For many people in the room, this was either the first time they were seeing her perform live, or the first time since the original run of Little Shop back in the early 80s. 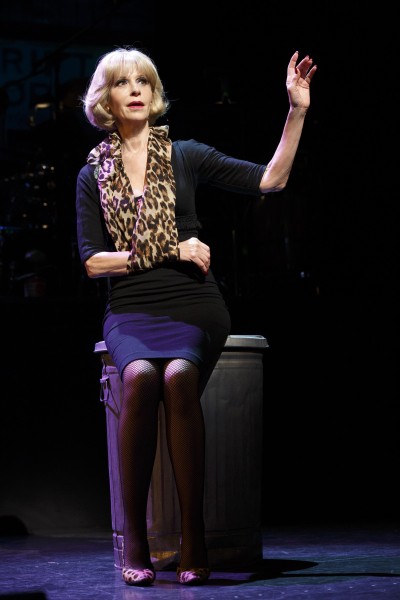 But why were we waiting an entire lifetime to send this tidal wave of worship her way? I think it’s because she was us. In an era before we had gay characters and role models, we had gay icons: larger than life women whose vulnerability was only matched by their resilience. Audrey’s story was an inherently queer story: she forced herself into harmful relationships because she didn’t think she was worthy of love; she dared to dream of a better place (but not even so much better, just better enough) but no one, not the least her, believed she’d make it; and she died tragically to make the world better for those she loved but felt were her betters.

(Somehow, that the film enabled us to rewrite that story to one in which she lives to be rescued and live out her dream feels like the queering of an already queer text. We don’t fully buy into that ending, as evidenced both by the smirking Audrey II plant in their front yard and by the fetishization of the “lost” and much later found original ending, because even thirty years later we don’t believe we deserve the happily ever after ending.) 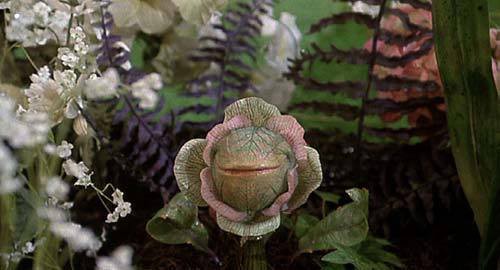 But thirty years later we are not the same people watching Little Shop of Horrors. The world has moved on, for better and for worse. Yes, we’ve had gay liberation. But we’ve also had gay tragedy. And Howard Ashman, the brilliant lyricist and librettist of Little Shop of Horrors was one of the countless artistic geniuses lost to AIDS. Anyone who knows this of Howard can’t help but see this story, which turns on the healing and harmful power of blood, through crimson-colored glasses.

What does it mean that this breakthrough, breathtaking work hinges on the transfer of blood from one man to another. Okay, to a plant, but a plant voiced by a man, and tonight played on stage by a man. That this manly plant, with his deep bass voice, carries the feminine name Audrey, only furthers the implication that Seymour and Audrey II’s relationship is somewhere left of homosocial. While certainly in the pre-Bromance era, boys from Tom Sawyer to Peter Pan became “blood brothers” with their besties, where they each cut their fingers and smeared their blood together, but here we have an insertive and receptive partner.

I don’t think we want to read too much into this, try to see an allegory that vilifies Audrey II as a “bossy bottom” or any such thing. But a florist becomes a killer when the only man who’s ever been nice to him starts taking his blood? It’s hard not to feel the specter of AIDS hanging over the show. And remember, the play ends with Audrey II not only consuming Seymour, but spreading across the country as invasive clippings take root in new communities and find new, impressionable young men to corrupt.

But what of the movie? Where the plant doesn’t get to take route, where Seymour not only vanquishes the villain, but achieves his happily ever after with a heterosexual* marriage and no consequences for his murders and destruction? Was it a necessary optimism or a whitewashing of Seymour’s (and the text’s) queerness? And we’ve already talked about how over time audiences have pushed back against the happy ending of the film (despite test audiences at the time of the film’s release insisting on it), so maybe that optimism is false optimism before a time when we really had any hope of getting out from under AIDS. 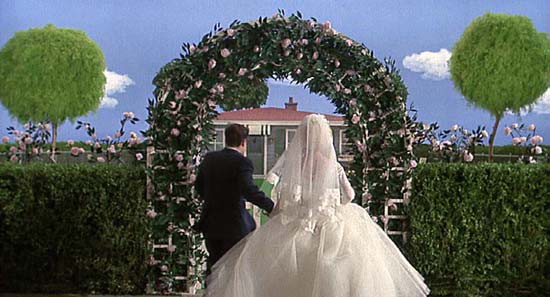 *Is Seymour’s movie marriage really heterosexual, or is Audrey so close to the platonic ideal of a drag queen as to stand in for one? I think one can make that case, but this essay is long enough as it is.

(Seymour’s relationship with the plant is somewhat different in the film too, most notably with the addition of the plant’s 11:00 number, “Mean Green Mother from Outer Space” which includes a moment of enacted emasculation when the plant says he’s “gonna bust your balls” and sends a tendril smashing through the wall between Seymour’s legs. And any real analysis of the relationship between Seymour and Audrey II would necessarily need a racial lens as well, given the tradition of casting Audrey II as a black man and all of his victims as white, but I’ll leave that reading to someone else.)

My point, if I had one, is that I think Little Shop has always been and may ever be queer theater, but the queer resonances change over time as the world moves at an unthinkable pace.

And Howard, if you’re out there somewhere in the ether, and the afterlife somehow includes access to the internet, thank you.