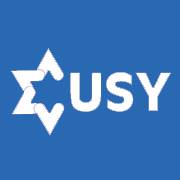 USY, the youth group of the Conservative Movement, has long had policies demanding that kids in regional and international leadership positions follow particular standards. Three of these standards have always risen to the top of the list of those that are the most enforced and the most discussed: keep kosher, keep Shabbat, don’t date outside of the faith. These standards were adopted by youth leaders for youth leaders, although they were generally adopted by kids of a previous generation. This week, at USY’s International Convention, the board debated reframing the standards around both Shabbat observance and interfaith relationships. They voted to retain the Shabbat standard as is and reword the dating standard to encourage (rather than require) endogamous dating while also adding important language about teens treating those whom they date with respect. Although JTA reported this as USY dropping the ban on interdating, USY leadership asserted that is not the case.

As a former USY regional president (who didn’t really date at all in high school, due in no small part to my decision to stay in the closet thanks to a different set of Conservative Movement rules that made me sure a gay kid wouldn’t be welcome in USY leadership), I want to publicly applaud the current teen leaders of USY for taking this step. (I wish they had gone further and dismantled the entire concept of standards, but that’s a post for another day.)

Apparently, USY alumni have been up in arms about these proposals for weeks. I didn’t hear about them until after the JTA article came out, which caused another wave of USY has-beens freaking out. I don’t think my take on this is going to surprise any long-time Jewschool readers, but I’m going to lay it out anyway.

In 2014, when chances are half or more of USYers are products of mixed-faith marriages, it’s incumbent upon USY to rethink their messaging around the issue. Now, I know some of my friends will say, “But you can be the child of a mixed-faith marriage and still choose only to date Jews,” but that’s somewhat beside the point. The constant messaging, subtle and otherwise, that your parents’ relationship is “less than” is clear. Perhaps worse is the implication that we don’t expect Jews to be able to be Jews if they aren’t in relationships with other Jews.I believe that USY has a lot of power to ingrain in kids the beauty and power of living Jewish lives.

And I think for many of those kids, they will decide that the kind of Jewish life they want to live involves a Jewish partner. And for others, they will decide that living a Jewish life is so important to them that whoever their partner is will have to be a part of that, whatever that looks like. And hopefully others will see that there’s also Jewish life to be had if you remain single. Threats of repercussion for disobedience isn’t a great way to encourage anyone to stick with it. Nor is the constant subtle messaging that the families they came from aren’t good enough.

I think it’s also really important that USYers own the process around standards, which they do.

When I was a teenager and sat on the board that makes these decisions, there was a proposal to make drinking forbidden for leaders. It didn’t pass, and I was furious. Largely, I was furious because the idea that these leaders who met these already very high standards could somehow justify or defend underage drinking didn’t make any sense to me. The concept of standards led me to think of USY leaders as somehow above regular kids, much in the way that many members of Conservative synagogues don’t observe any halacha and yet get furious if they see their rabbi out on Shabbat or eating at a treyf restaurant. But I digress. That’s how the system works — the USY International general board, made up of teen leaders from across North America, debates and votes on these resolutions, and it’s up to them to make the final decision.

I have particularly strong feelings about USY standards because I think it really screwed up my understanding of Judaism and Jewish leadership for years. (It also taught me almost everything I know about Judaism, so let’s just say it’s complicated.) I spent a lot of my 20s trying to deprogram myself from a very narrow understanding of what made someone “good enough” to hold a leadership position. The addition this week of additional ethical-based standards, including strong statements about lashon harah, bullying, and the aforementioned language about dating with respect, is a big step in the right direction.

The real measure of whether these steps mean anything remains to be seen. When I was in USY, there were multiple kids relieved of their board positions because they violated the standards around Shabbat and “interdating.” I don’t recall ever hearing about a teen barred from leadership because they weren’t fulfilling the standard that requires all board members to be enrolled in an ongoing Jewish education program. Now, I don’t think that using these rules to kick kids off of boards is a great idea to begin with, but if that’s how they’re going to be employed, will we see board members losing positions for participating in the “points system?” How will the standard relating to lashon harah be enforced? Will USY really begin to promote a vision of Conservative Judaism that holds ethical mitzvot on the same level as ritual mitzvot? That would be a new standard worth cheering.